skip to main | skip to sidebar

Women Directors from North Africa and the Middle East 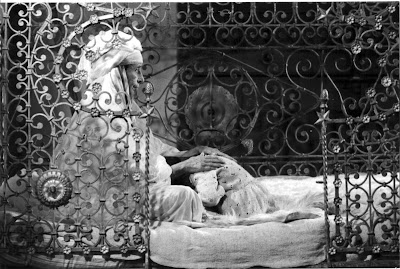 La Nouba des Femmes du Mont-Chenoua
This week the International House is screening a series of films by women directors from North Africa and the Middle East. Organized by Patricia White (Swarthmore) and Suzanne Gauch (Temple), the series complicates the vision the West and in particular American cinema often has of Middle-Eastern societies and women's role in them. And, in the process, we get to see work that's otherwise tough to see. I have seen A Door to the Sky, a lyrical and avowedly spiritual film, the only one here to be screened on 35mm. At first it resists the narrative and aesthetic expectations I had brought from both conventional narrative and art cinema, but ultimately I valued the challenging aesthetic voice. I am eager to see other work in the series.
All screenings introduced by Patricia White. Full descriptions at the International House site.
Thursday, October 7 at 7pm
Passage (Shirin Neshat, US/Iran, 2001, 12 mins)
A Door to the Sky (Farida Ben Lyazid, Morocco, 1989, 107 mins)